"The small old town house, which dates back to the 15th century but was still in its core, was in great need of renovation.

That was in 2009. The cityscape architect Irene Pauser took care of the documents and guided the couple through the bureaucratic thicket, the house was examined and documented by the monument authority, and in 2010 began the renovation carefully, which led the architect Uli Scherr. The two-storey plastered half-timbered gable house was gutted, received interior insulation, new floors and stairs, completely new installations and a heater. Previously there were only single ovens. The renovation was done with care and attention to details worthy of preservation. The historic wooden windows upstairs have been retained and are now designed as a box construction. Their light sprouts characterize the southern facade of the Rossgässle as well as the wooden shutters and the three small thrusts. " 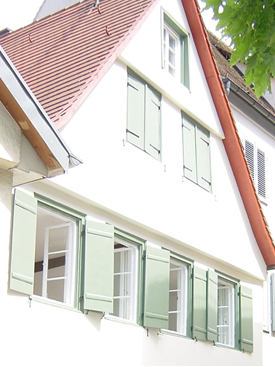 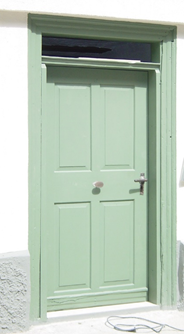